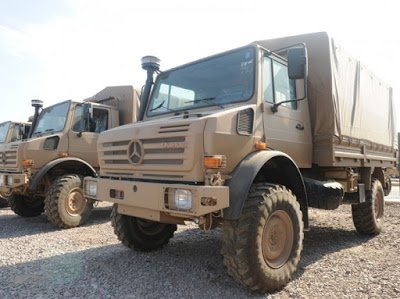 TSD INTERNACIONAL has developed and produced bodyworks, workshops and cisterns for the ALFIL and CAHUELMÓ projects. These units will support the proper military activities of the Chilean Army, and also will reinforce the Civil Protection System in emergency situations.

Following these links are shown news informing about the reception of these units, which has taken place in the Zofri Business Park of Alto Hospicio, Iquique. In this massive event were present the Head of Chilean State Miss Michelle Bachelet, Minister of Defense Mr. José Antonio Gómez , Commander-in-Chief of the Army General Humberto Oviedo, Undersecretary of the Armed Forces Paulina Vodanovic, Military authorities, Regional and Community Authorities and Representatives members of the companies involved in the project, Kauffman and TSD International.

A cookie is a small data file that is stored in your browser each time you visit our website.
The usefulness of cookies is to save the history of your activity on our website, so that when you visit it again, it can identify you and configure its content based on your browsing habits, identity and preferences.
Cookies can be accepted, rejected, blocked and deleted as you wish. This can be done through the options available in this window or through the configuration of your browser, as the case may be.
If you reject cookies, we will not be able to guarantee the correct functioning of the different functions of our website.
Further information can be found in the "COOKIES POLICY" section of our website.
Cookies policy.