Restoration of two carriages of Metro de Madrid of 1943 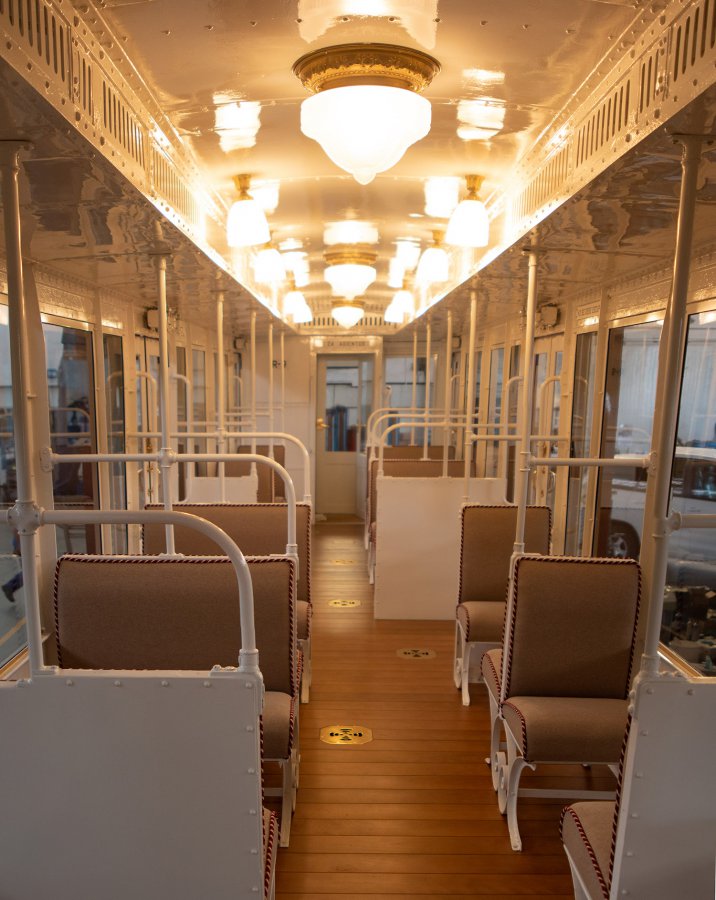 On January 25, it was broadcast through of the news program of TVE, the report about the restoration and recovery of the carriages of the Centenary of the Madrid Metro that is being carried out in our facilities de TSD, in Herencia, Ciudad Real.

In the same, it makes reference how of these two carriages, recently restored, have just been part of said exhibition, located in the Chamartin’s Station.

With this handmade process of restoration, it has been possible to return the original splendor of when they left the factory, back in 1943, year in which they began to started to take travelers by the line 4 of Madrid.

The restoration works started with a meticulous preliminary study, thanks to information provided by the Metro de Madrid’s Company, who deliver photographs, plans and, all of this, complemented with the opinions of experts in the same.

The process of recuperation of these pieces of museum has consisted in the restoration of the sheet, removed and application of paint and recovery of the floor that, at that time, was of an asphalt solution.

These carriages were designed in middle of civil war and, thus, the engineers looked for the usefulness leaving in the background the esthetic. Hence the difference of ornamentation of these carriages with those built in 1919, which were much more luxurious but it’s deterioration by the use advised against this decoration.

Before summer, there will be six units that will complement the Centenary´s exhibition of the Madrid´s Metro, and in TSD Continue the work of restoration of others carriages of 1956, that were the only ones in history that were made in the garages that the company has in Cuatro Caminos.

However, this is not the first time that TSD has embarked on such a major project. Already in the previous year, in 2018, the company took part in the restoration process of the first convoy that Metro de Madrid inaugurated in 1919. This time, TSD was responsible for the blasting and painting functions of the carriages internally and externally, of the box itself and of the original elements that have been preserved from the original carriages. At the same time, the company was also responsible for the design and manufacture of the missing elements, endowing them with the appearance they had in their origins.

Both projects have been a source of pride and satisfaction for TSD, not only because of the challenge involved in carrying out two successful restoration processes, but also because of the trust placed by Metro de Madrid in a company that is committed to innovation through enthusiasm and improvement in its work.

For all these reasons, TSD would like to thanks Metro Madrid enormously for the opportunity they have given us from the outset for allowing us to form part of their recent history.