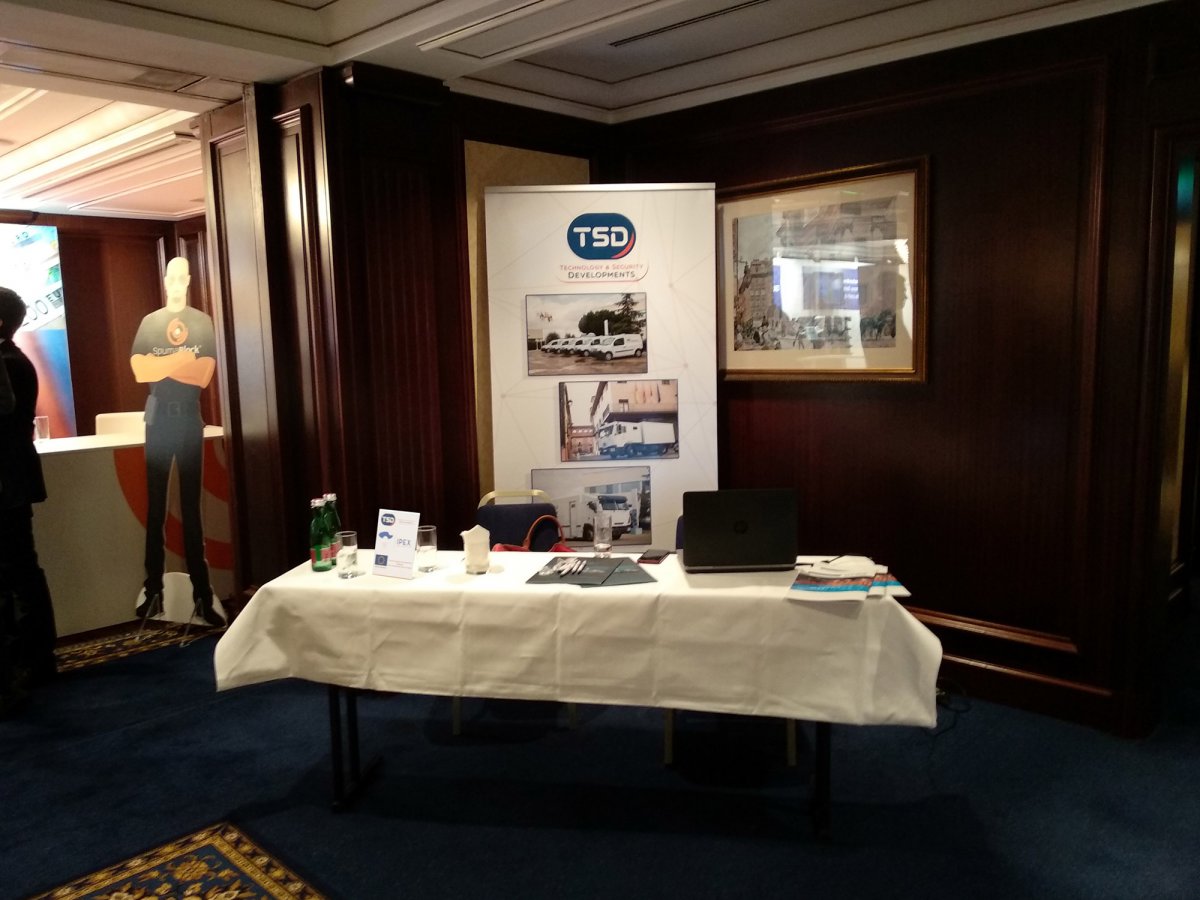 One more year Technology & Security Developments has attended the event organized annually by the European Security Transport Association (ESTA) and that, this year, has been held on 19, 20 and 21 May in the central Intercontinental Hotel in Vienna (Austria). For three days, current and security issues in cash in transit have been discussed, showing the new threats facing the sector and the latest technologies used to combat them efficiently.

TSD did not want to miss the event and participated in the event, as an exhibitor, making known its catalog of products and services in transport of valuables. With each other, the vans and higher tonnage vehicles

TSD no ha querido perderse la cita y ha participado en el evento, a modo de expositor, mostrando sus productos y últimas innovaciones en seguridad. Among them, the vans and vehicles of greater ton, adapted to the transport of values, and in whose development special emphasis has been put on the attainment of an optimal armor, as well as dissuasive systems such as the Flooding System.

The European Security Transport Association was founded in Brussels in 1975. Since then, its mission has been to represent the interests of the security sector. Among its members, the presence of more than 90% of cash-in-transit companies in Europe stands out. Among them, the Spanish company Technology & Security Developments, which will also be present at the new edition to be held in 2020 in Dublin (Ireland).