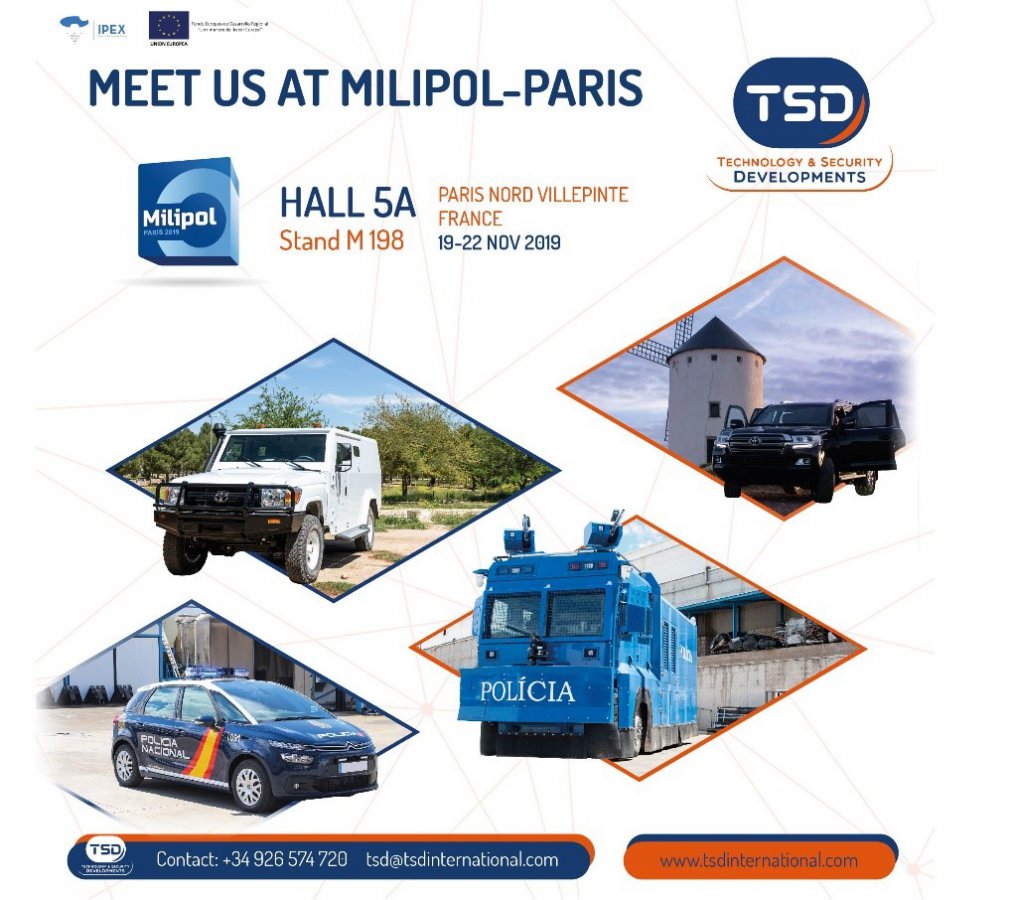 TSD is going to be present in the International Fair of Internal Security of States (MILIPOL), which is considered one of the most important in the sector.

On 19th November, the 21st edition of the leading event on the Internal Security of States (MILIPOL) will start, comprising four intense days in which the latest technological advances and innovations applied to the field of security will be presented.

As every edition, TSD wanted to be present, one more year, participating as an exhibitor during the fair;Technolocy & Security Developments will be located in 5 pavilion on the booth M198.

For this event we will present our vision for the future of the vehicles dedicated to the State Security Forces and Corps and the world of private security. It is a Toyota Prius + that incorporates our new detainee kit with artificial intelligence system.

On one hand, detainee kit is designed to maximize the crew space of the vehicle, as well as their vision in the opposite direction of the road, incorporating all the necessary elements to guarantee and facilitate the users work.

Also noteworthy is the design of the detainee area, where we find an air conditioning, air extraction system, and an improved belt locking mechanism to prevent damage to the detainee and the vehicle, in addition to limiting their escape attempt.

On the other hand, the artificial intelligence system of this model is composed of a large number of high quality and high resolution video cameras, four of which are located inside the lightsbar. At the same time, it incorporates a small Data Processing Centre (DPC) and has a touch screen user interface on the dashboard for operation and control. This system aims to provide vehicle users with a third virtual agent to complement and support them in their work.

MILIPOL fair is a very important event which is celebrated every two years in Paris and brings together more than 1.000 exhibitors and 30.000 visitors. Its repercussions attract the attention of the main media, which will report on technological progress in this context, as well as the threats and dangers faced by this sector today