The Employment Social Program of MAPFRE Foundation has been presented in Ciudad Real. In the event, various organizations have received thankfulness due to their important social labor, promoting unemployed people hiring, as well as people with intellectual disability and mental illness.

Acting as Projects’ Director of the Foundation, The Infanta Elena has presided the event and delivering of recognitions and mentions to the entrepreneurial work assisting the integration of people with limited capacities, where she remarked that “All people need support at certain moment of their lives. But perhaps, one of the most important is accessing to a job”

In line with this, it was also displayed “Juntos Somos Capaces”, the integration program for people with intellectual disability and mental illness. Since 2010 this program have helped to more than 2.400 people being part of this group at risk of social exclusion and long-term unemployment, to get a job and to carrying out in a totally autonomy way. TSD International is actively participating with this program through the Occupational Center “El Picazuelo”.

The President of TSD International, D. Antonio Ramírez, exposed in this event, the Strategic Action Program for Training and Employment of the Company. This program is aimed to all the people no matter what their capacities are. Whit it, TSD International formalize their Social commitment and thanks to it, have obtained the recognition of the Mapfre Foundation for its responsibility in promoting employment among the most disadvantaged groups, such as people with different capacities, young people or groups of at risk of social exclusion. Beside this, D. Antonio Ramírez also made known the Constitution of the Company as a Training Center for employment.

Diverse authorities have participated in this event, like José Manuel Caballero, the President of the Provincial Council of Ciudad Real, and Patricia Franco, Counsellor of Economy, Business and Employment of the Regional Government of Castilla-La Mancha. 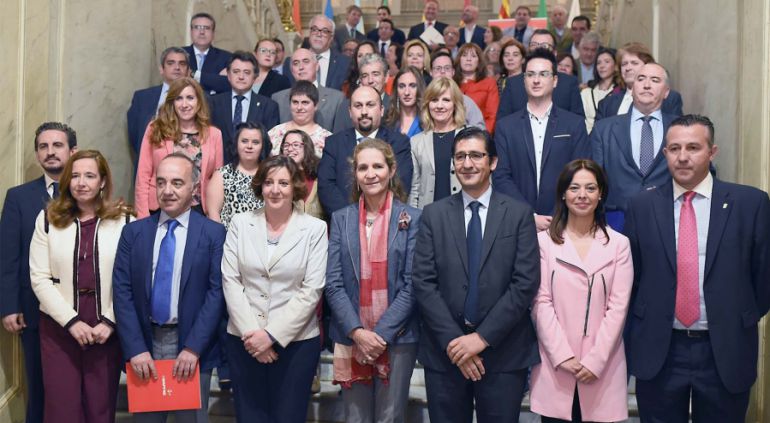